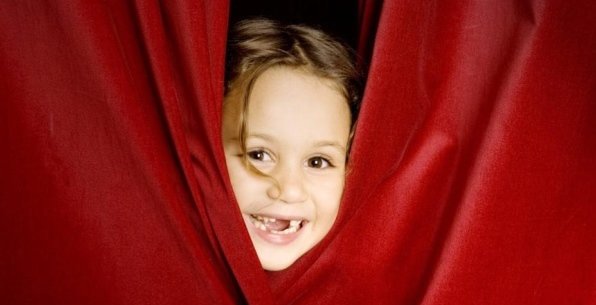 Children are increasingly drawn to more passive activities such as playing computer games and watching television. Both greatly influence a child’s development and it’s not uncommon for children to act as characters they see in games, cartoons or other television shows.

Although this can be fun, they draw on images provided by third parties as opposed to using their own imaginations to develop their own characters and construct their own stories. Drama classes, in contrast, enable children to become active and creative participants rather than passive consumers. It is hard to keep children from playing computer games or watching Television, especially when their friends share similar interests, however, there is always a need to strike a healthy balance. It’s important to ensure children have other outlets that allow them to express themselves and drama classes are an excellent place to explore this form of play.

Drama has come a long way from the days of elocution where the principal objective was to enhance pronunciation, grammar and style. The modern drama class is facilitated by qualified drama teachers who design classes that assist in your child’s development. Imagination is considered paramount. Children are encouraged to learn from the world around them and express their ideas with other children in the class. This helps to build confidence and develop communication skills in a fun and comfortable environment. Working in groups enhances their understanding of teamwork, collaboration and problem-solving – an increasingly important skill set in today’s world. And all this happens while making friends and having fun! Not a bad way to spend a couple of hours a week!

Necessary Always Enabled
Necessary cookies are absolutely essential for the website to function properly. This category only includes cookies that ensures basic functionalities and security features of the website. These cookies do not store any personal information.
Non Necessary
Any cookies that may not be particularly necessary for the website to function and is used specifically to collect user personal data via analytics, ads, other embedded contents are termed as non-necessary cookies. It is mandatory to procure user consent prior to running these cookies on your website.
Advertisement
Advertisement cookies are used to provide visitors with relevant ads and marketing campaigns. These cookies track visitors across websites and collect information to provide customized ads.
Analytics
Analytical cookies are used to understand how visitors interact with the website. These cookies help provide information on metrics the number of visitors, bounce rate, traffic source, etc.
Performance
Performance cookies are used to understand and analyze the key performance indexes of the website which helps in delivering a better user experience for the visitors.
Save & Accept
Powered by