The world’s jungles are some of the richest habitats on earth, home to hundreds of species from the weird to the wonderful to the mysterious. Here are just a few of the majestic beasts who call the jungle their home.

Okapi are brown with light tan or grey cheeks, throat and chest. Their upper forelegs are stripy, their lower legs have brown lined white socks to the knees and a brown band circles each leg. 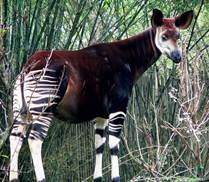 It looks like a cross between a zebra and a deer. SOURCE

Distinguished by their prominent nose these monkeys are a brownish-yellow, with hints of grey and black. 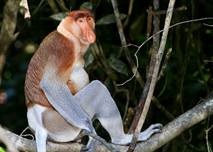 ‘Proboscis’ is a nice way of saying  ‘big nose’. SOURCE

Bright green in colour with a black striped, whip-like tail. Males have high crests on their back and head. 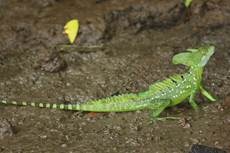 This Lizard is so cool it can literally walk on water. SOURCE 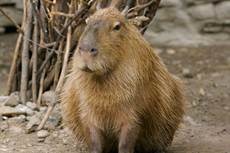 This rodent is roughly 4 times the size of an average rat. SOURCE

Rabbits aren’t the only creatures that get “caught in the headlights”. SOURCE

Tiny and green with translucent skin on the underside, and sometimes on the top.

These tiny amphibians are as fragile as their name suggests. SOURCE

Small with short black/dark brown fur and a yellowish crest on their chest, the sun bear is a striking creature.

A bear in serious need of a manicure. SOURCE

Tapirs vaguely resemble pigs but with a short, prehensile trunk, which is actually an extended upper lip. 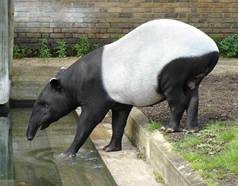 This Tapir is disguised as a Panda. SOURCE

Beautifully coloured frogs, depending on habitat they can be yellow, gold, copper, red, green, blue or black. 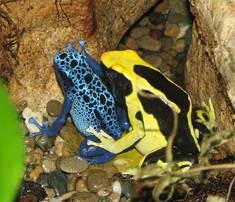 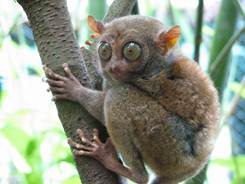 Males have orangey-yellow beards and a bright red and blue snout and rump, females and juveniles have dull blue snouts and little beards. 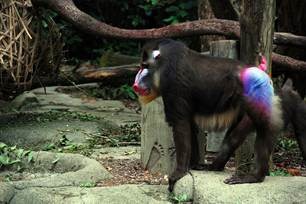 The most fashionable monkey around. SOURCE

Adults have a black upper body, white and black banded undersides and a grey neck with divided crest. 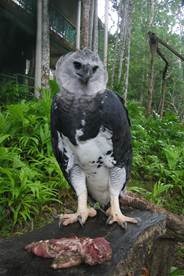 This is the real גBig Bird’. SOURCE

They have large, rounded heads with large eyes and long, tubular nostrils extending sideways. Long grey-brown fur covers their back, their undersides are yellowish and have been likened to Yoda from Star Wars. 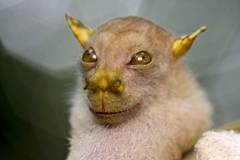 With rich, red-coloured fur this member of the raccoon family has taken over a decade to identify. It’s habitat stretches from Peru to Venezuela where it can be found in ‘cloud forests’. 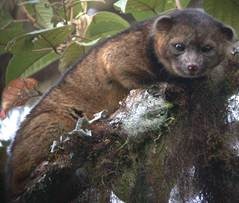 Don’t let its cuddly face deceive you this is a vicious carnivore. SOURCE

As the Olinguito shows there are many more weird and wonderful undiscovered creatures across the world. New and exotic species are waiting to be found in the mysterious depths of the jungle, we just need to keep searching.

Necessary Always Enabled
Necessary cookies are absolutely essential for the website to function properly. This category only includes cookies that ensures basic functionalities and security features of the website. These cookies do not store any personal information.
Non Necessary
Any cookies that may not be particularly necessary for the website to function and is used specifically to collect user personal data via analytics, ads, other embedded contents are termed as non-necessary cookies. It is mandatory to procure user consent prior to running these cookies on your website.
Advertisement
Advertisement cookies are used to provide visitors with relevant ads and marketing campaigns. These cookies track visitors across websites and collect information to provide customized ads.
Analytics
Analytical cookies are used to understand how visitors interact with the website. These cookies help provide information on metrics the number of visitors, bounce rate, traffic source, etc.
Performance
Performance cookies are used to understand and analyze the key performance indexes of the website which helps in delivering a better user experience for the visitors.
Others
Other uncategorized cookies are those that are being analyzed and have not been classified into a category as yet.
Save & Accept